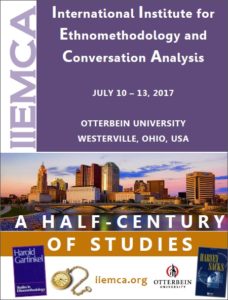 A Half-century of Studies

SAVE THE DATE: IIEMCA 2017 will take place July 10-13, 2017 at Otterbein University in Westerville, Ohio, USA. Join us to celebrate “A Half-Century of Studies“: